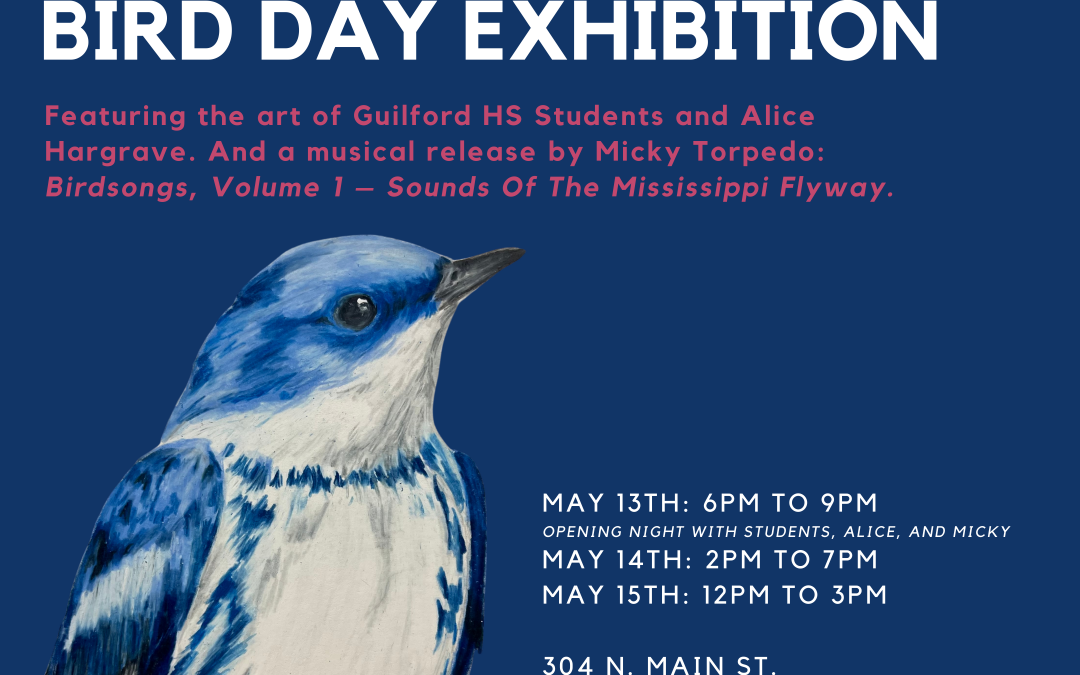 Whereas, migratory birds are some of the most beautiful and easily observed wildlife that share our communities, and Whereas, migratory birds and their habitats are declining throughout the Americas, facing a growing number of threats on their migration routes and in both their summer and winter homes, and Whereas, public awareness and concern are crucial components of migratory bird conservation, and Whereas, since 1993 World Migratory Bird Day (formerly International Migratory Bird Day) has become a primary vehicle for focusing public attention on the nearly 350 species that travel between nesting habitats in our communities and throughout North America and their wintering grounds in South and Central America, Mexico, the Caribbean, and the southern U.S., and Whereas, WMBD is not only a day to foster appreciation for wild birds and to celebrate and support migratory bird conservation, but also a call to action.

Our kick off event was virtual and featured guest speaker Deborah Moran who spoke about light pollution and her work in the Houston area. The second event was an exhibition featuring  the art of Guilford High School Students and Alice Hargrave. And a musical release by Micky Torpedo: Birdsongs, Volume 1 – Sounds Of The Mississippi Flyway.
Guilford HS Students, taught by teacher Lisa Doll, displayed 8″x8″ gouache paintings of bird species featured in National Audubon’s birds and climate change report. This report identifies bird species that will be impacted by the effects of climate change, if we do not make changes to reduce carbon emissions, limit other human impacts, and protect necessary habitat. You can find more information about the reports here: https://www.audubon.org/climate/survivalbydegrees
Artist Alice Hargrave, a photo based artist in Chicago, incorporates sound, video, and photographic imagery within layered site specific installations. Her project Last Calls, which will be featured in this exhibit, uses sound wave patterns of threatened bird vocalizations. Hargrave collaborated with The Cornell Lab of Ornithology to create this project.
About Alice: https://www.alicehargrave.com/

A third event was a mural walk, which stopped along the bird murals in downtown Rockford.
Thank you to everyone who supported these events! 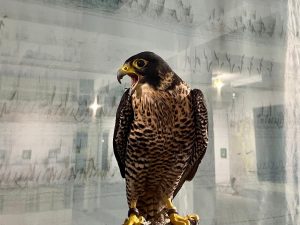 A peregrine falcon in front of Alice Hargrave’s work. 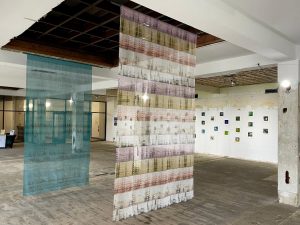 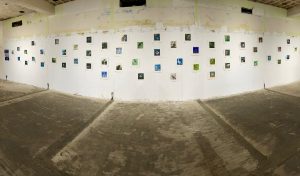 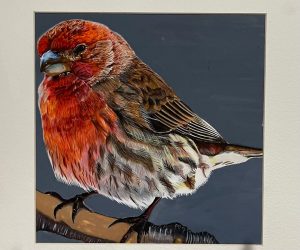 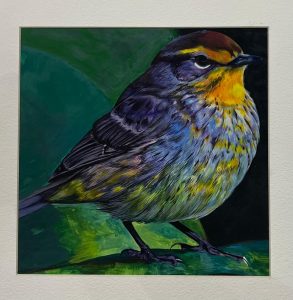 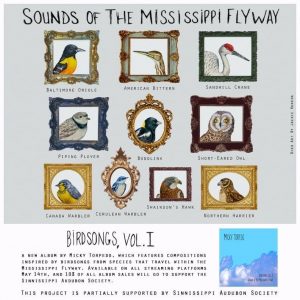