A New Man in Town 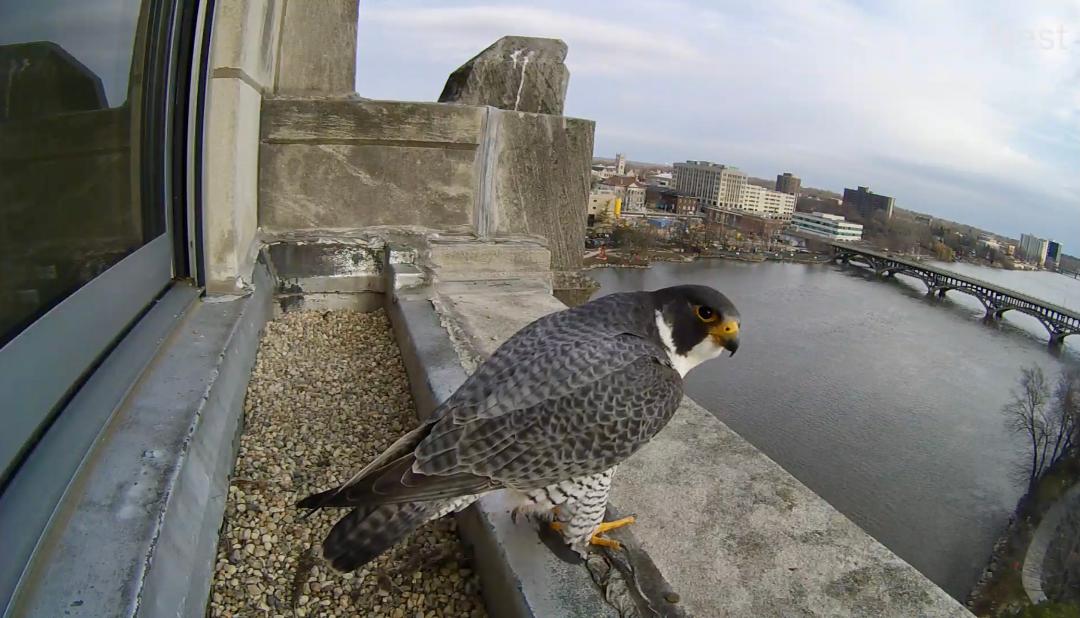 A male peregrine falcon arrived at the RRSTAR news tower on February 16, 2021. It was not Lil’ Kool, who has been paired with the resident female for the past two years. Brian (62/S Blk/Blu), who hatched in 2019 at the Columbia Generating Station located in Columbia County, Wisconsin, is the new man in town. Both Brian and Louise, who is the resident female peregrine falcon, have been demonstrating courtship behavior and mating.

You can watch the Nest Cam live via the RRSTAR Falcon Feed. Thanks to the RRSTAR for allowing our cameras on top on their building for the fourth year in row!