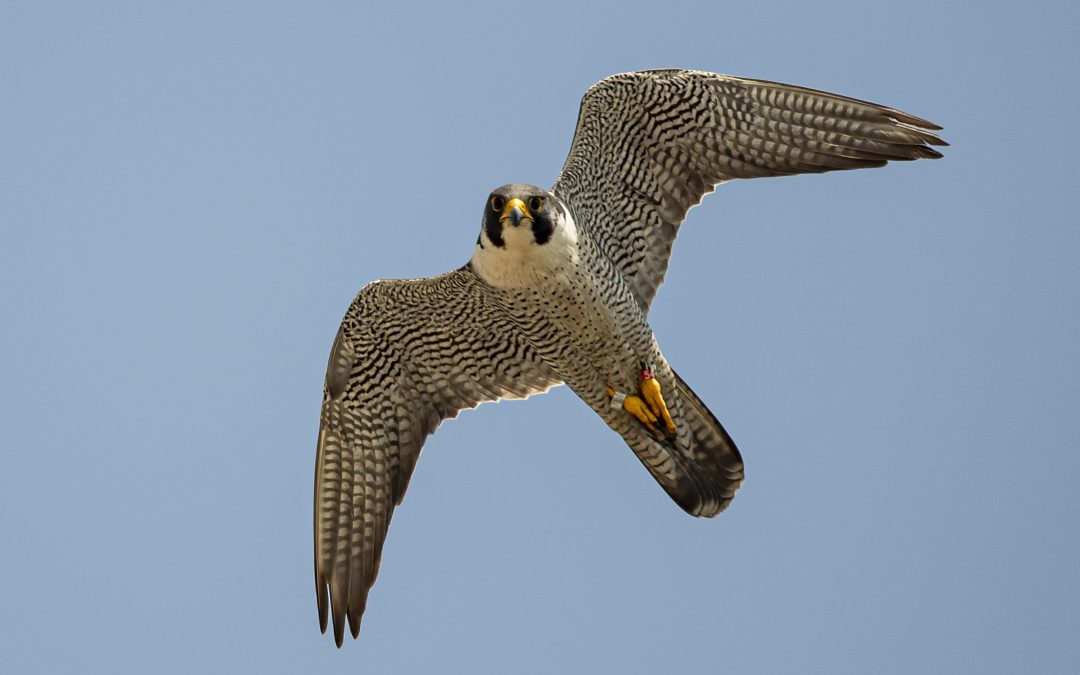 The campaign was inspired by Kuroda’s involvement with the Sinnissippi Audubon and her desire to elevate Winnebago County’s first breeding pair of Peregrine Falcons. “It’s pretty cool that peregrines are here in Rockford,” said Kuroda.

Once on the Illinois’ Threatened and Endangered Species List, Peregrine Falcons are a conservation success story in the State of Illinois. As a testament to their resilience, adaptability, and recovery, they established a nest site in 2018 at the Rockford Register Star news tower. Female Peregrine Falcon, Louise, has successfully hatched and fledged seven young Peregrine Falcons on the ledge of the building for the past three breeding seasons.

“A designation of an official bird is an exciting way to get people engaged and really thinking about birds,” said Jennifer Kuroda, president of Sinnissippi Audubon.

Urban wildlife like the Peregrine Falcon can help increase the awareness of the need to maintain healthy habitat even in a landscape of concrete and glass.