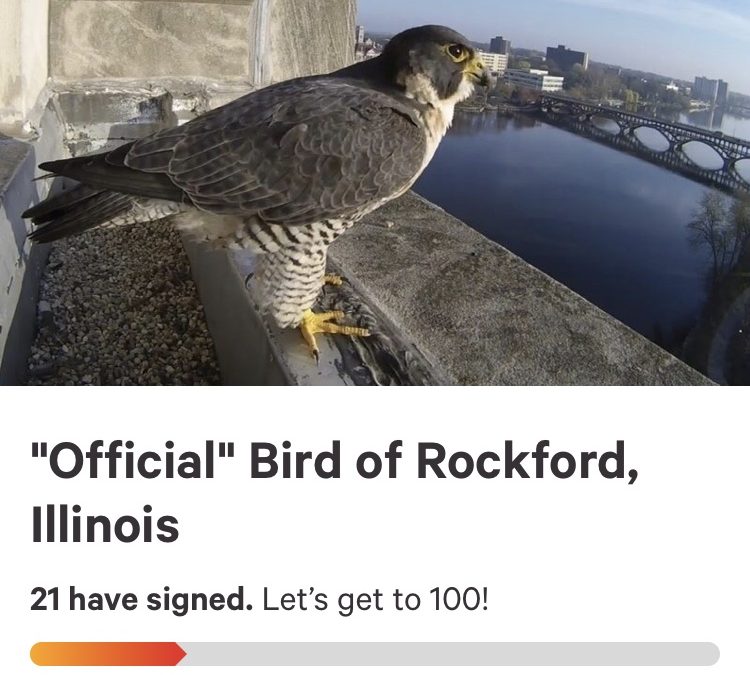 An Illinois Young Birder and Rockford, Illinois resident, Jackie Kuroda, wants city officials to name the peregrine falcon its “official” bird. These birds are a conservation success story in the Midwest, including the state of Illinois. As a result, Rockford had its first breeding pair beginning in 2018.

She has reached out to city officials via a letter to Mayor Thomas McNamara and started a petition at Change.org: http://chng.it/pPZRdXwyb2